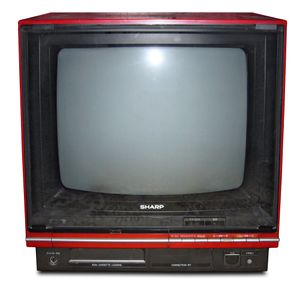 The C1 NES TV (ファミコンテレビC1), also known as the My C1 Computer TV (マイコンピュータテレビC1), is a television produced by Sharp Corporation with a built-in licensed Nintendo Entertainment System. Originally released in Japan in 1983, the unit was released in the US in 1989 as the Sharp Nintendo Television. The C1 NES TV is notable for having provided the high-quality screenshots displayed in video game magazines of the period, due to its having slightly better picture quality than an NES paired with a separate television. The unit was followed in Japan by the SF-1 SNES TV in 1990. 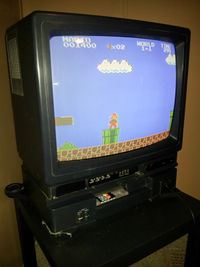 All models came in both a red and a black color.

Sharp brought their console TV (19-inch) concept to North America later in the decade with the 19SV111 television. The 19SC111 was a second model that was used in stores, hotels, etc.

Same as the Nintendo Entertainment System.