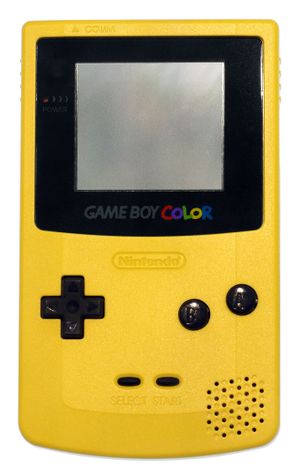 The Game Boy Color, as suggested by the name, features a color screen. It is slightly thicker and taller than the Game Boy Pocket, which is a redesigned Game Boy released in 1996. As with the original Game Boy, it has an 8-bit processor.