From Game Tech Wiki
Revision as of 03:24, 22 May 2013 by Viper666 (talk) (Created page with "thumbThe Sega 32X, codenamed Project Mars, is an add-on for the Sega Mega Drive/Genesis video game console. Its aim was to increase the lifespan of the a...")
(diff) ← Older revision | Latest revision (diff) | Newer revision → (diff)
Jump to navigation Jump to search 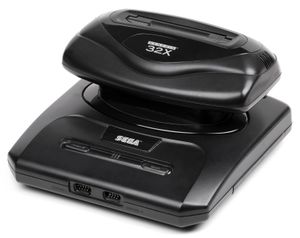 The Sega 32X, codenamed Project Mars, is an add-on for the Sega Mega Drive/Genesis video game console. Its aim was to increase the lifespan of the aging Mega Drive/Genesis system, which was facing increasingly stiff competition from the SNES. While connecting it to Mega Drive/Genesis did increase its capabilities, reluctance to adapt due to the previous failure of the Sega CD and the upcoming Sega Saturn system led to low sales and a short lifespan. 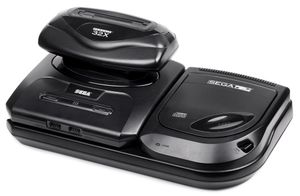